In the Cambridge Chronicle of 19 May 1770, the Turnpike Trust gave notice that two bridges were to be built. One of which was “across the Ouse at Scotting’s Ferry, Littleport.” The bridge was part of a new turnpike road between Ely and Downham Market.

The ferry mentioned is one that the family operated from 1730, when Francis Scotting (1696-1743) took over as Ferrykeeper. 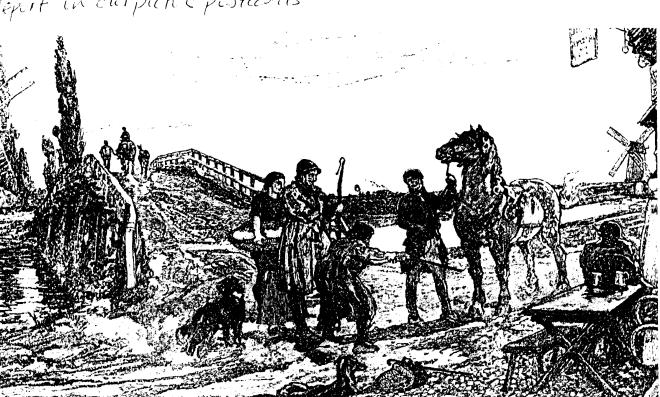 A drawing of Scotting’s Bridge. From Littleport in Old Postcards

The bridge was built before 1774, in which year the tolls totalled £52. The following year the Cambridge Chronicle of 3rd June contained a notice of a meeting at the Globe Inn, Littleport, to let the tolls at “Scotting’s Bridge Gate” by auction. Subsequent auctions took place until 1848, when no satisfactory bids could be obtained. Throughout this period the bridge was referred to as “Scotting’s Bridge”.

The bridge became progessively more dilapidated and was replaced by another wooden bridge in 1853, and an iron bridge in 1873.

In 1874 the tollhouse at “Scotting’s Bridge” was advertised as being sold by auction for removal.

The 1873 bridge has since been replaced by two others. The latest carries the A10 Ely-Downham Market Rd. over the river, slightly to the north of the original site.

Visiting the site in 2001 the foundations of an earlier bridge can clearly be seen in the river. Taking the course of the Mildenhall Rd. past several properties, one of which is potentially the Bridge Hotel. 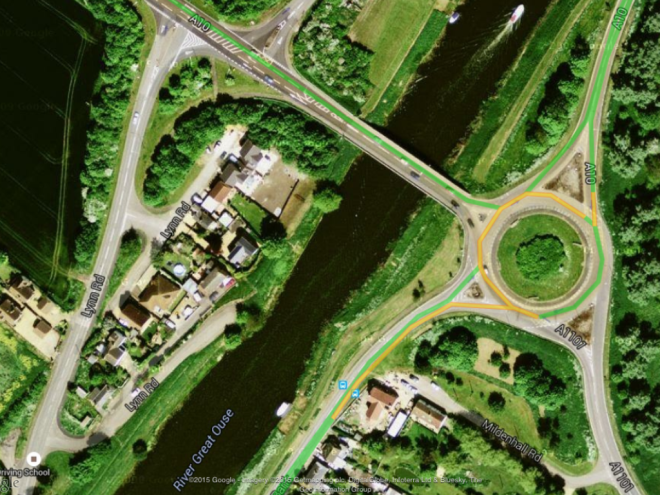 The site of Scotting’s Bridge today.